So… this was another no-brainer trip I took. Recently I seemed to lack the energy to plan a more adventurous trip like I did before, however I really hoped I got the time and enthusiastic to plan a longer trip to Italy or France or Germany or Austria or……………but the premises is that I do have the time. With my work like this, I have no idea when I’ll get a chance to do it.

Anyways, Boracay seemed to be a popular place due to its powdery white sand and turquoise ocean. My colleagues just went there early this year and bragged about how fun it was.

The weather was not really good while I was there at the end of May. It was mostly cloudy and then raining heavily for sometime. Therefore the sand didn’t appear as white when there’s sunshine. 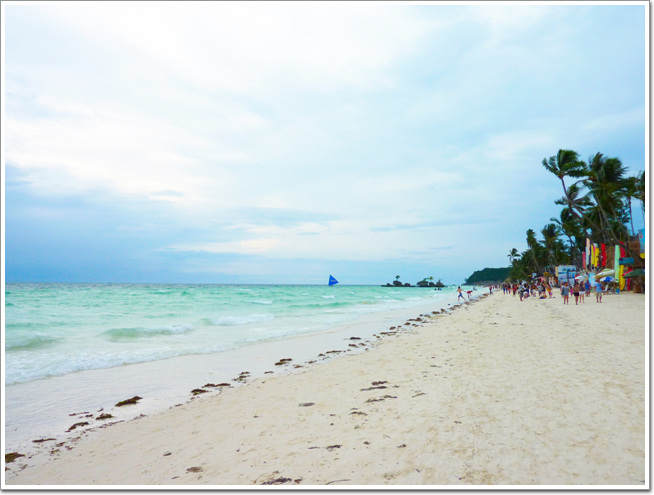 It was also very crowded on the beach, with vendors and tourists walking around. Some hotels were built just next to the ocean. While the view might be good, I could imagine how noisy it would get since there were many activities on the beach. 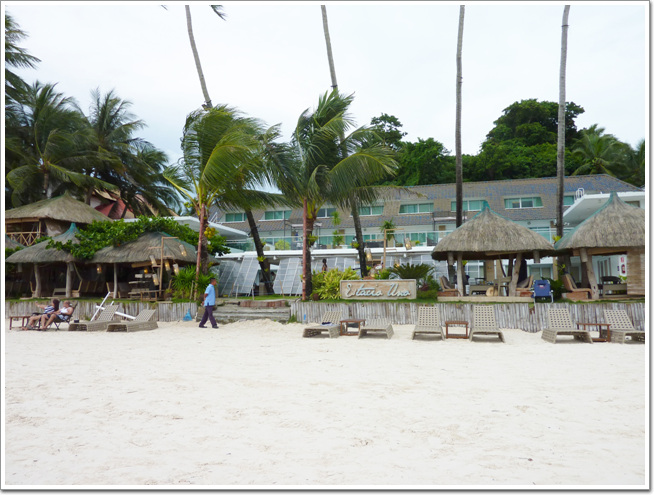 The beach became even more lively during the night time when music, dinner-near-the-beach, and bar-hopping were most exciting at these hours.

I must say that I didn’t get lucky when I was there. During 4 days I was there, there was one full day that rained so hard that it’s flooded all over the place. Regardless of the rain, I must admit that I didn’t find Boracay as exciting as many people described, and my photos certainly didn’t appear as nice as theirs! I was told that weather did make a huge difference when taking the photos though. Anyways, there were also redeeming features of this island–I went snorkeling for the first time and it was pretty fun! It could be very relaxing and refreshing if it didn’t rain that much. I did go to the really nice Mandala Spa which had a extremely beautiful and serene environment, but I didn’t take any photos because it was pouring so hard and windy that night!!

And the day I was leaving… the sun finally peeked out, buuuuuuuuuuuuuuu!!!